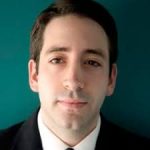 Jonathan runs strategy for the holographic media pioneer, OTOY, across the company’s global operations. As the virtual and augmented reality market takes shape, he is guiding OTOY’s transformation from a path-breaking R&D organization into a leader in advanced cloud rendering. In addition to his OTOY duties, Jonathan is currently prepping Season 6 as consulting producer of HBO’s Emmy and Golden Globe nominated series SILICON VALLEY, created by Mike Judge and Alec Berg. He also sits on the board of three digital media startup companies, mentoring founders through early growth formation and fundraising. Previously, Jonathan served as President of Media and Digital Strategy at the private equity arm of the Indian conglomerate, Future Group, with over $1.2b under advisement. He also had a five-year tenure at Motion Picture Association, working in over 30 countries as liaison to local film industries and governments, with special emphasis on East Asian markets’ adoption of digital media. He was elected in 2001 as a member of American Society for Information Science & Technology. He resides in Los Angeles.

Doug Englebart, SRI, and the Origins of the Internet